Front page » Publications » Radio Sputnik: «There were no obstacles despite political tensions»

Radio Sputnik: «There were no obstacles despite political tensions»

On January 29, the UK and Russia have signed a memorandum of understanding enhancing cooperation in the field of regulation of medicines.

Radio Sputnik discussed the development with Nikolay Tsatsyn, Head of the International Cooperation Department at the State Institute of Drugs and Good Practices under the Russian Ministry of Industry and Trade.

— Your interaction with MHRA began two years ago. Why has the MoU been signed only now?

— Indeed, the interaction started about 2 years ago with Mr. Mark Birse the Head of MHRA at that time, we invited our colleagues to visit the Second Russian GMP Conference. For the past years our Inspectorate performed several inspection of British pharmaceutical manufacturers, there were meetings with our British colleagues at various international pharmaceutical and regulatory events. So, the accumulated experience, contacts, information and which is most important – professional reliance – allowed us to move further and start to prepare the Memorandum that would fit both organizations’ needs. Thus, we started to discuss the Memorandum in 2018 and have made it now. So technically it took less than 1 year to make the Memorandum which is quite a normal term.

— Have you encountered any obstacles in your work with your British colleagues on the backdrop of UK-Russian political tensions?

— How crucial is it for the UK to cooperate with Russia at a time when the nation is withdrawing from the EU bloc?

— We know that exiting the European Union is quite a complicated and sensitive process. We know it from our colleagues that Great Britain is interested in keeping and enhancing the relations with other nations despite Brexit. Therefore, I guess it is essential for Britain, as well as for Russia, to preserve and strengthen the relations despite all this turbulence. Besides, the Memorandum is more about a particular professional sphere of cooperation, and as the primary goal it is for people’s health and life. We all take medicines.

— How much does the signature of the MoU raise hope of improvement of Russia-UK ties in other domains? 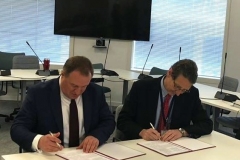 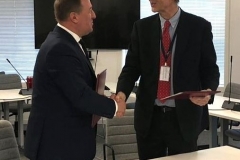 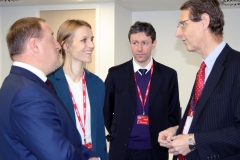 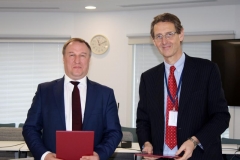