Throughout March, representatives of various professions, from designers to engineers, competed among themselves in the vision of the symbol of the All-Russian GMP conference – the main event in the field of compliance with the standard of good manufacturing practice at the pharmaceutical production sites.

The contestants interpreted the topics of medicine, inspection and the all-Russian scale of the conference differently – 24 people took part in the competition. No less fierce struggle unfolded between the fans – the contestants attracted all possible forces in order to become a winner.

As a result, four works were published in the final of the contest, where the smallest number of votes collected was more than a thousand. The winner of the competition became Elena Kochenkova, whose work gained 2360 votes.

The future symbol and the cup of the GMP conference, which will be transferred by participants from city to city, combines the scale of the event, expressed in the image of the globe, and the knowledge that the book symbolizes.

The organizers of the contest are grateful to the participants of the competition and their fans. Each of them has contributed to the popularization of the best world manufacturing practices in pharmaceutical production.

You can see all the works, including the winner of competition, on a site. 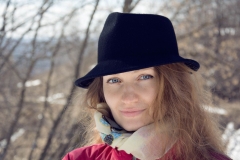 Summing up the results of International Student Festival “GxP-Fest”
International Student Festival “GxP-Fest 2021” has been concluded. The festival was held from 2 to...
7/5/2021
All news
Schedule of events
2021 © News and other data on this site are provided for information purposes only, and are not intended for republication or redistribution. Republication or redistribution content is expressly prohibited without the prior written consent of external communications FSI «SID and GP».