PIC/S (The Pharmaceutical Inspection Co-operation Scheme) – is an international non-governmental organization that is the only association in the world of authorized GMP Inspectorates. Currently the organization includes inspectorates from 49 countries. This year, the Ministry of Industry and Trade of the Russian Federation and FSI “SID and GP” have submitted a joint application for joining PIC/S under the procedure of pre-application.

The main activities of PIC/S are: improvement of law enforcement practices, norms and rules for GMP inspections, procedures for registration and circulation of medicines. Membership in this organization allows, on equal terms, to cooperate with inspectors of the world countries, share their experience and openly discuss with foreign colleagues the issues of conducting inspections.

The main purpose of the visit is preparation for the procedure of PIC/S joining, getting acquainted with the PIC/S management and members of the steering committee. In particular, on 11 September, a meeting with Paul Hargreaves, PIC/S Chairman in 2016-2017 (UK, MHRA), Boon Meow Hoe, PIC/S Chairman in 2018-2019 (Singapore, HSA), Daniel Brunner, Head of the PIC/S Secretariat, Jacques Morénas, Chairman of the PIC/S Sub-Committee on Strategic Development (France, ANSM), Mark Birse, Chairman of the PIC/S Sub-Committee on Communications (UK, MHRA) was held.

In addition, on September 12, the joint application of the Ministry of Industry and Trade of the Russian Federation and FSI “SID and GP” to join PIC/S under the procedure of pre-application was considered. To the representatives of the Russian side were introduced curators who would conduct the procedure for the entry of the Russian Inspectorate into PIC/S, check the completion of documents at all stages and report to the PIC/S top management on the process

«Joining the specialized international organizations, such as PIC/S, is one of the most important steps aimed at developing Good Practices and forming a professional value system at the sectoral level. We see our mission in creating a stable platform for partnerships with key players in the global pharmaceutical market for the Russian pharmaceutical industry active development», – said Alexey Alekhin, Head of the Department for Pharmaceutical and Medical Industry Development of the Ministry of Industry and Trade of the Russian Federation. 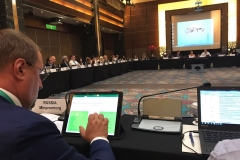 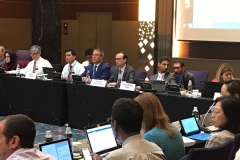 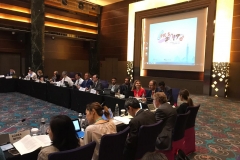 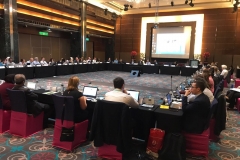 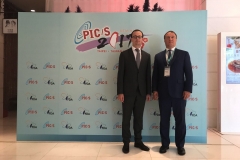 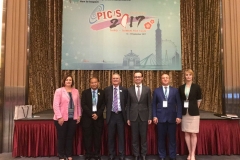