Presentation at ISPE conference in Singapore

On August 29 – 31, 2018 the Singapore branch of the association organized an ISPE conference.

In the regulatory section, Vladimir Orlov, Deputy Head, Scientific, Methodology & Training Department of the State Institute of Drugs and Good Practices took the floor. His presentation was devoted to a comparative statistical analysis of the results of inspections of foreign manufacturers in 2016 and 2017.

Further discussion at the regulators’ roundtable moderated by Mr. Robert Tribe – a former PIC/S Head – included representatives of the regulating authorities from Thailand and Singapore, as well as Mr. Boon Meow Hoe – the incumbent Chairman of the PIC/S. During that session the following subjects were covered:

– Benefits of joining the PIC/S for regulators;

– The role of the Pharmaceutical Inspectors Academy (PIA) in developing and maintaining a training system for pharmaceutical inspectors;

– Tools for integration of new PIC/S GMP Guidelines (rev. 14) into the national legislations of the PIC/S member states.

The audience demonstrated genuine interest in issues related to accession of the Russian regulatory authority to the PIC/S. During Q&A, Vladimir Orlov had an opportunity to speak about the most recent steps taken to harmonize the national legislation regulating pharmaceutical circulation, he also provided an update on the current GMP Rules, and shared experience of organizing training for Russian pharmaceutical inspectors. 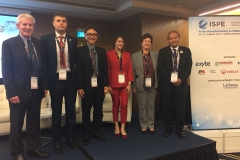 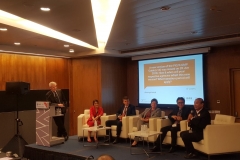