Mr. Vladislav Shestakov, Director of the State Institute of Drugs and Good Practices of the Russian Ministry of Industry and Trade presented a review of the results of inspections of foreign pharmaceutical manufacturers at the PharmMedCirculation 2018 conference.

State regulation of circulation of drugs and medical devices has become the topic of the 20th jubilee PharmMedCirculation 2018 conference.

Aimed at improvement of the quality of control over drugs manufactured and imported to Russia, GMP-inspections of Russian pharmaceutical manufacturers began in 2015, and those of foreign manufacturers – in 2016.

As of September 2018, 622 inspections out of 768 planned were completed. The amount of applications for inspections increases every year. Consequently, the amount of refusals to issue GMP-certificates also increases. In 2018, the number of refusals reached 171. As of September 2018, inspectors of the State Institute of Drugs and Good Practices conducted inspections at 1,022 manufacturing facilities producing 5,755 pharmaceutical products in total. The geography of inspections has expanded vastly during the last 2 years: the number of countries with inspected production sites has grown from 40 to 56, which is an increase by 40% as compared to 2016.

The five main categories of critical deviations comprise more than 80% of the cumulative effect in their total number. These five categories include process validation and equipment qualification, premises and equipment, microbial contamination and sterility assurance, production processes, compliance with the requirements of the registration file.

Distribution of critical deviations detected in 2017 in categories somehow differed from the results obtained a year earlier. For the first time «Production processes» appeared among the leading critical deviations, while «Cross-contamination prevention measures» and «Procedures of product release by the qualified person» were, otherwise, excluded from the list.

Per analysis of major deviations for 2017, «Quality control» and «Compliance with the requirements of the registration dossier» dropped out from the top five major deviations. Besides, the categories distribution in percentage has changed slightly.

The overall picture of deviations revealed in 2018 resonates with the results obtained a year before. In terms of critical deviations, 22% of their total number detected in 2018 pertain to Annex 1, which covers manufacture requirements for sterile pharmaceuticals. At the same time, we can see that the same category was among the main ones for critical deviations in 2017.

«The amount of inspections carried out increases from year to year with new tendencies and trends for detected deviations emerging. As a general rule, regulatory requirements are not eased, but become more stringent. The same is applicable to GMP requirements. Although the main task of the GMP inspectorate is to assess manufacturing sites for their compliance with GMP requirements, including detection of deviations as is, our common goal is to decrease the number of deviations and make them less critical. This, in turn, is one of the key conditions for manufacture of high-quality, effective and safe pharmaceuticals products for human use» — reported Mr. Vladislav Shestakov, Director of the State Institute of Drugs and Good Practices of the Ministry of Industry and Trade of Russia. 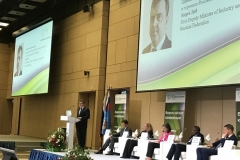 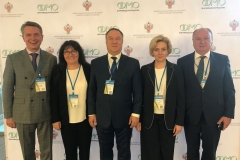 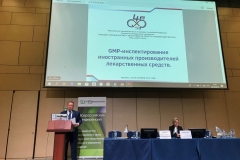 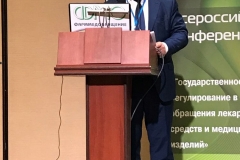 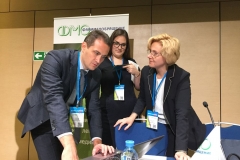 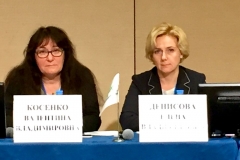 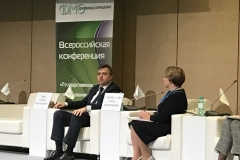 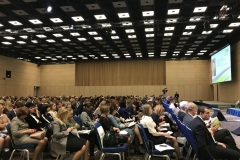