Participation in the annual European ISPE conference in Rome

The delegation of the FSI “State Institute of Drugs and Good Practices” (FSI “SID & GP”) took part in the annual European conference ISPE (International Association for Pharmaceutical Engineering) in Rome (Italy) from 19 to 21 March 2018. This year the conference brought together more than 600 representatives of the industry, among which the state regulators of the USA, Russia, Great Britain and Turkey were also represented.

On March 20, Igor Falkovsky, head of the Department of Good Engineering Practices of the FSI SID & GP, spoke at a conference session with a presentation: “Combating counterfeit products in Russia. Serialization is a modern and most effective approach”. In the presentation, he briefly introduced the history of the fight against counterfeit and falsified medicines in Russia and described in details the priority national project: “Medicines. Quality and safety “, the legislative framework for the experiment on serialization.

The main differences of the serialization system introduced in Russia are: control over the implementation from the government bodies and regulatory structures; more complete traceability of drug movement and wider coverage of drug groups (in Russia, both prescription drugs and non-prescription drugs are subject to serialization). The presentation aroused a lively response from the participants of the session, a large number of questions related to the comparative analysis of the Russian serialization model and its differences from the European one.

Director of the FSI “SID & GP” Vladislav Shestakov also took part in the conference. On March 21, his speech took place in a panel discussion in the Q&A format, in which FDA Inspector Richard Friedman and MHRA representative Andrew Hopkins took part as well. The panel discussion was devoted to the discussion of issues related to the new edition of Annex 1 to the European GMP rules. Representatives of the industry were actively interested in the opinion of state regulators on the management of risks for quality, as well as the proposed changes in the requirements for special clothing at work, air locks, water for injection.

According to Thomas Zimmer, ISPE Vice-President for European Operations, this panel discussion is a significant milestone, as it is the first in the world history the regulators of Russia, the United States and Great Britain together answered questions from representatives of the pharmaceutical industry.

Also, within the framework of the conference Vladislav Shestakov and members of the delegation got acquainted with the novelties of technologies and new equipment systems that were widely represented in the exhibition at the European Headline:

Participation in the annual European ISPE conference in Rome. 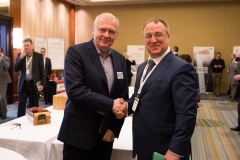 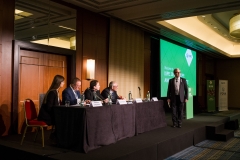 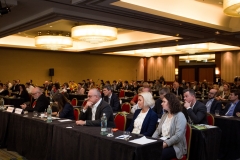 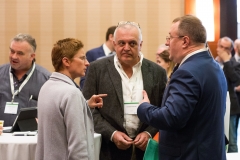 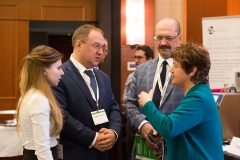 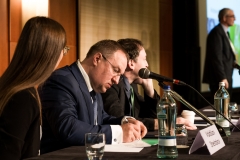 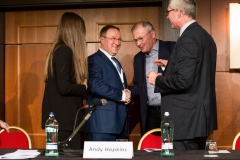 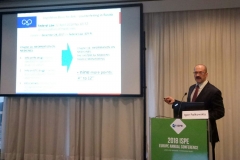