September 25, 2017 on the basis of the Chamber of Commerce and Industry of the Russian Federation the final of the III All-Russian competition “Young Analyst” took place. This event was the completion of a semi-annual intellectual marathon, which traditionally attracts young professionals from various professional fields who have one key quality – the desire to think and win.

The general thematic platform of the contest was the topic “Future – 2030. Image and Victory Achievement in the Scientific and Technological Development of Russia”.

By setting a high level of complexity for the first stage task, the least-motivated and analytical-oriented participants had been traditionally dropped out. In connection with this, 77 solutions of the first stage task were submitted for examination.

Each presented solution of the first stage passed a 7-level check on 12 parameters, which allowed to express confidence in sufficient depth and objectivity of the conducted expertise. It should be noted that each presented solution was “smart”, interesting, original. Nevertheless, only 58 authors of the best solutions of the first stage were admitted to the second stage.

On July 7, 2017, on the basis of the Public Chamber of the Russian Federation, the second stage of the III All-Russian competition «Young Analyst» took place in the format of a strategic business game. Taking into account the experience of the last year, the participants of the competition admitted to the second stage were distributed among the teams to prepare projects for the strategic game. The principle of forming teams – the general theme of projects as the basis for interaction – contributed to the integration of participants from different cities and organizations.

As a result of the competition, the specialist of the Department of Economics and Analysis of the Pharmaceutical and Medical Industry of the FSI “SID and GP” Utemova Anastasia Sergeevna took the II place in the nomination “Best Analytical Group”. We congratulate Anastasia on her well-deserved victory and wish her best of luck in her future professional activity. 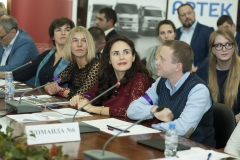 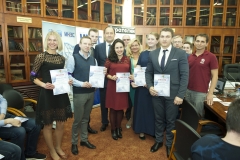 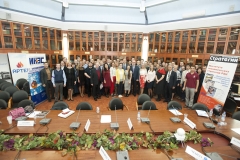