On May 21-22, experts of the State Institute of Drugs and Good Practices took part in the academic workshop entitled ‘Inspection and registration of pharmaceutical products in the EAEU’ (RegLek* – EAEU 2018) in Moscow.
The newest approach to the evaluation of impurities in medicines became the keynote of the event.

Natalia Chadova, Head of the Inspection Department of the State Institute of Drugs and Good Practices, spoke in the chapter dedicated to ‘Pharmacopoeia of the EAEU’, describing the main stages of auditing drug registration dossiers during GMP inspections. In her report, Natalia noted a large number of identified deviations in 2017: 266 of which were found critical (8%), 1644 – major (47%), and 1593 were categorized as minor (45%).

Participants of the workshop had an opportunity to discuss most of the deviations revealed in drug registration dossiers with Vladimir Orlov, Deputy Head of the Scientific Training Department, and Aleksy Zhilin, Leading Specialist in the Inspection Department. In addition, the delegates took part in the panel discussion, which also covered GMP-inspections issues. 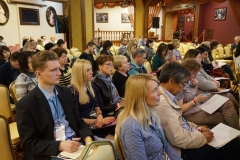 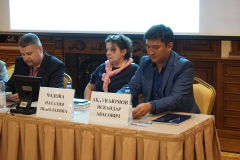 The third GLP-PLANET Conference to take place in St. Petersburg
Preclinical trials are one of the most important stages in the life cycle of a...
6/21/2022

Belarus learning from Russian GMP Inspectorate’s experience
Over the last several years, one could observe an active development of the common pharmaceutical...
6/20/2022

Key Takeaways of the Semashko Russian Pharmaceutical Forum
On May 17-18, N.A. Semashko Russian Pharmaceutical Forum took place in St. Petersburg. The Forum...
5/26/2022
All news
Schedule of events
2022 © News and other data on this site are provided for information purposes only, and are not intended for republication or redistribution. Republication or redistribution content is expressly prohibited without the prior written consent of external communications FSI «SID and GP».