Establishing a united EEU market, quality standards, protection of regulatory data, and best GMP-inspection practices were at the heart of the discussion.

In the meeting, Director Shestakov presented a report dedicated to ‘Prospects of GMP-inspections in the EEU, new requirements, trends, and activities’. The speaker described the quality system – which consists of five documentation levels – followed by the Russian pharmaceutical inspectorate. This system is a cornerstone of the quality policy. Further Director Shestakov touched on a number of international projects planned for the nearest future, and called for development of mutually accepted procedures. He concluded by an initiative for compilation of a common deviations classifier and interaction among the Union’s pharmaceutical inspectors, e.g. professional training.

Available of this opportunity Director Shestakov held meetings in Brussels with Karin Froidbise of the Belgic Federal Agency for Medicines and Health Products (FAMHP), and Russia’s Permanent Representative to the European Union. 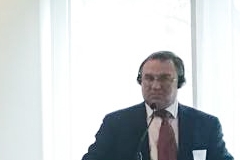 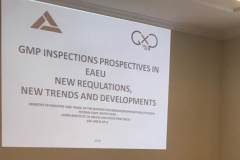