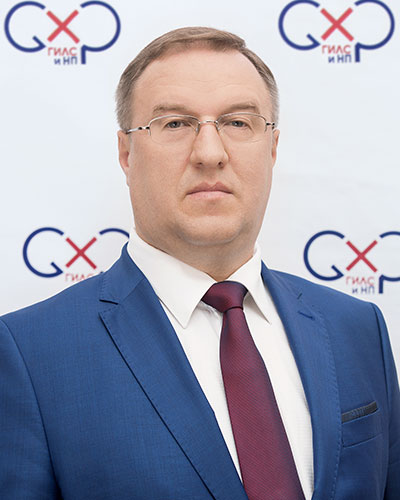 Biographic information Mr. Shestakov was born in Salekhard on November 27, 1969. In 1987 he entered the Tyumen State Medical Institute, and continued education in 1989 in the Smolensk State Medical Academy.

In 2016 he received a diploma of advanced professional training at the Moscow Institute of Physics and Technology (MIPT) majoring in «Current good manufacturing practices of pharmaceutical production and quality control – theory and practice of GMP inspections / audit.»

In 2018 he graduated with honors from the magistracy in the field of preparation «Chemical Technology» at the St. Petersburg State University of Chemical and Pharmaceuticals.

In early 2000 Mr. Shestakov was Deputy Director General of the Irbitsky Chemical Plant. In 2001 – as Vice President of the Russian Medical Production Association «RosMedProm» – he initiated activities aimed at the low price pharmaceutical production and offered manufacturers a whole number of cost effective recommendations for their product portfolios. In 2002 he headed Sales Department of German company ChemoPharm’s office in Moscow. Worked as Deputy Director General in Makiz-Pharma Ltd. in 2004, and became Director General of the Skopin Pharmaceutical Plant in 2005. In 2007 held the position of Director for Government and Public Relations in NGO «Alliance of professional pharmaceutical organizations».

In 2008 he was offered the post of President at EpidBioMed corporation. In 2009 Mr. Shestakov managed Business Development Department in «BinnoPharm» company. After he left the Usolye-Sibirskoye Chemical and Pharmaceutical Plant where he was Director General’s Adviser in 2011-2012, Mr. Shestakov took the position of NanoLek company’s first deputy Director General from 2012 through 2013.

As of 2003, he is a regular lecturer of professional development programs on managing commercial and government organizations, as well as specialized programs in pharmacy and pharmaceutical production. He is a certified a certified international GMP inspector of the World Health Organization.